Message from the President

Welcome to AIJA Matters, a new bi-monthly update for AIJA members. Through AIJA Matters, we will be sharing regular updates on the AIJA’s work, members, events and resources, dive into topics of judicial administration excellence and curate judicial administration news from Australia, New Zealand and around the world. I am writing from Larrakia country and pay my respects to Larrakia leaders, past and present.

In this issue, we look at the ever-evolving topic of artificial intelligence decision-making and the courts and let you know about the AIJA’s new coercive control resources. We are also excited to share the news that the AIJA, together with Melbourne Law School, has received funding from the Australian Government for a National Aboriginal and Torres Strait Islander Peoples and the Legal System Bench Book. I have been advocating in favour of this project for many years as it will help develop greater cultural competency throughout the judicial system. I’m delighted to announce Professor Heather Douglas and Dr Eddie Cubillo, a Larrakia Wadjigan, Central Arrente man will lead the new bench book’s project team, with the consultation and drafting being primarily managed by Aboriginal and Torres Strait Islander people in the team. In undertaking this important work, Professor Douglas will draw on her experience in developing and maintaining the AIJA’s National Domestic and Family Violence Bench Book. Dr Eddie Cubillo will draw on his significant experience, including his time as the Anti-Discrimination Commissioner in the Northern Territory and as the Director of Community Engagement with the Royal Commission into the Protection and Detention of Children in the Northern Territory.

I was recently sent a 1992 clip from The Canberra Times, which shows me ‘judging’ with Justice Brennan and Justice Susan Kenny in the National Finals of the Jessup International Law Moot in Court 1 of the High Court. It reminded me of just how involved Sir Gerard was on many levels. 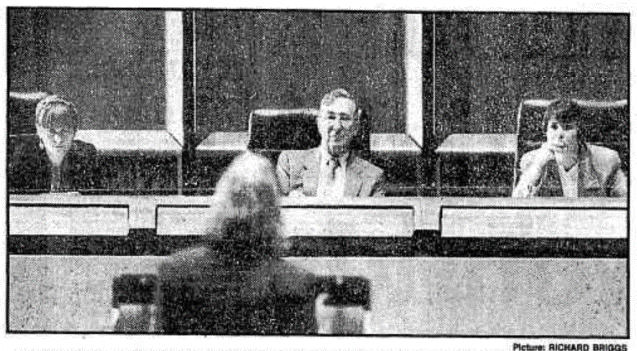 I would like to congratulate the AIJA members on their recent appointments, including AIJA Council Member and Co-Convenor of the Indigenous Justice Committee, Dina Yehia appointed a Justice of the Supreme Court of New South Wales and Council Member Dr Jacoba Brasch QC appointed to the Federal Circuit and Family Court Division 1. I also congratulate Justice Lincoln Crowley QC, Dr Nicholas Chen SC, Judge Alister McNab, Judge Alice Carter and Judge Bruce Smith on their appointments.

I also congratulate Acting Treaty Commissioner (NT) Tony McAvoy SC, also a Council member and Co-Convenor of the Indigenous Justice Committee, on the publication of the Final Report of the Treaty Commission (NT).

Finally, I remind you that membership renewals are now open and close on 30 September 2022. The AIJA relies on your membership to continue its work in providing the highest quality research, conferences and other thought leadership promoting excellence in the administration of justice in Australia, New Zealand and the region. You can renew your membership here.

I hope you enjoy AIJA Matters.

AI Decision-Making and the Courts
Artificial intelligence (AI) is slowly being introduced into the courts across all jurisdictions. As AI tools are likely to be increasingly deployed, it is important for the judiciary, tribunal members and court administrators to understand the challenges and opportunities they present.

In June 2022, the AIJA published AI Decision-Making and the Courts – A Guide for Judges, Tribunal Members and Court Administrators, which was a joint research project with UNSW Faculty of Law and Justice through the Allens Hub for Technology Law and Innovation and the Law Society of NSW Future of Law and Innovation in the Profession (FLIP) research stream. Through survey analysis and virtual roundtable discussions with AIJA members, the research team identified the primary interest areas of judges, tribunal members and court administrators regarding the use of AI in the courts.

This timely report presents an overview of various AI and decision-making tools and raises the possible challenges and opportunities they present for our courts and tribunals. It also provides local and global examples of how AI has been used in the courts and looks at how AI tools can impact core judicial values of open justice, accountability and equality before the law, procedural fairness, access to justice and efficiency. The report also suggests issues for court administrators and managers to consider when assessing AI tools.

You can read a copy of the report here

The Hon Michelle May AM QC
AIJA 2021 Life Member 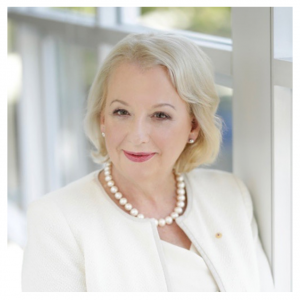 The Hon Michelle May AM QC has made a significant contribution to the AIJA for more than 25 years. She was President of the AIJA in 2014 and 2015 and the convenor of the Project and Research Committee before that. In these roles, Michelle oversaw many projects including strategic planning, the publication of AIJA's history, and the 'Cultural Awareness' and 'Justice without Barriers: Technology for Greater Justice' conferences in 2015.

“Being awarded life membership of the AIJA is a great honour. The institute has done great work over the years and rightly has the support of the judiciary, those who are involved in the administration of justice, and the legal profession”, said Michelle.

Michelle’s contribution to the law is also reflected in her other senior appointments, including as former Chair of the Judge’s Forum of the International Bar Association and as Fellow of the Australian Academy of Law and the International Academy of Matrimonial Lawyers.

In 2017, Michelle retired as Senior Judge of the Full Court of the Family Court of Australia and returned to the Bar to practice in alternate dispute resolution. That same year she was appointed as a Member of the General Division of the Order of Australia. 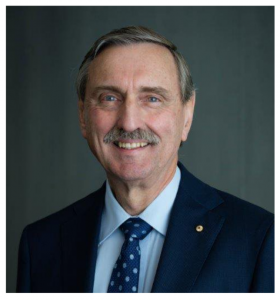 Bob was appointed an Officer of the Order of Australia in 2014 for his distinguished service to the judiciary and to the law, to legal education, administration and professional standards, and to the community of Queensland. He retired as a judge in December 2019.

Bob has made many significant contributions to the AIJA since he joined in May 2003. While President, he oversaw the Working Group considering re-structuring the AIJA Secretariat, the revision of the National Domestic and Family Violence Bench Book, the publication of 'The Guide to Judicial Conduct (3rd edition)' and the 'Forces of Change' and Appellate Judges conferences in 2018.

In talking about why the AIJA’s work is so important, Bob said: “The AIJA sustains the structure and functioning of both courts and tribunals. Its publications nourish and refresh them with guiding principles and practical applications derived from the valuable research, debate and discussion that it undertakes and sponsors.”

Justice Yehia is an AIJA Council Member and Co-Convenor of the AIJA's Indigenous Justice Committee. As described by the LSJ, she is a “fierce crusader for equity and social justice” and has “spearheaded the Walama List in the District Court aimed at reducing Indigenous incarceration”. Justice Yehia was appointed to the District Court in May 2014. She chairs the NSW Judicial Commission's Ngara Yura Committee and the Walama Working Group, and is a Council Member of the National Judicial College of Australia.

Dr Chen was appointed Senior Counsel in 2016 and had been at the Bar since 1998. He holds a Doctor of Juridical Studies and has deep experience in commercial and common law, medical negligence matters, and inquests and inquiries. Dr Chen has been Director of Barcover and a Member of the NSW Bar Association's Common Law Committee.

Of his appointment, Justice Crowley was quoted by the ABC as saying: “It's remarkable in so many ways. Remarkable for me that I am the first, and remarkable for our community that it has taken so long for this occasion to arrive."

Justice Crowley worked as a solicitor-advocate for the Aboriginal and Torres Strait Islander Legal Service before being called to the Bar in 2003. As a Crown Prosecutor he acted in several high-profile cases and was made Queen's Counsel in 2018.

In this section of AIJA Matters, we curate highlights of recent judicial administration news and insights from local and global sources.

Landmark treaty report released by NT Government
The Northern Territory Treaty Commission released its Final Report on 29 June 2022 after years of consultation. This landmark report outlines a pathway to self-determination for First Nations people. As the ABC commentated: “If its recommendations are honoured, the report could lay the foundation for significant new decision-making powers for Indigenous people.” Acting Treaty Commissioner, Tony McAvoy SC, is an AIJA Board and Council Member and Co-Convenor of the AIJA’s Indigenous Justice Committee. The AIJA congratulates Tony McAvoy SC and his colleagues on its publication.

NZ High Court judge takes her oath on a marae
In June 2022, Justice Kiri Tahana was sworn in as a High Court Judge at Te Waiiti Marae in Rotoiti. It was the first time the High Court had sat on a marae, which is a Māori communal and sacred meeting ground, to conduct the swearing-in of a High Court judge. The NZ Herald covered the story here and there is a link to the ceremony on the Courts of NZ website here.

Legislation 2022 – remote/virtual hearings
This National Center for State Courts article by Bill Raftery looks at the use of virtual or remote hearings and other court proceedings during the pandemic and whether they should be made permanent. Read more here.

SCOTUS code of ethics
On 21 June, the National Judicial College in the U.S. asked its members whether U.S. Supreme Court justices should be bound by a code of ethics. Of the 859 judges who responded, more than 97% said “yes”. Read more here.

As AIJA President, the Hon Justice Jenny Blokland says: “…coercive control in some ways is the invisible part of domestic violence but the most dangerous in respect of emotional harm... Having the experience of other judicial officers and tribunal members is a really excellent way to be educated about it".

Based on the report, and with input from the AIJA’s specialist Advisory Committee, Professor Douglas and Greta Robenstone produced supporting educational resources, including a slide pack with speaker’s notes and a video called Coercive Control: Recognition and Response.

The report and supporting educational resources are available on the AIJA website here.

We are delighted to announce that the AIJA  has received funding for a new National Aboriginal and Torres Strait Islander Peoples and the Legal System Bench Book, which will be developed by a project team from Melbourne Law School.

As a readily available online resource, it will include useful and up-to-date information for stakeholders, especially lawyers and judicial officers, to help develop greater cultural competency throughout the system. The new bench book will include extracts of important cases, summaries and links to relevant research, and information to challenge any myths, stereotypes and biases that may be held by practitioners and members of the judiciary.

We will continue to provide updates on this important project as we progress it.

You can also find out more about the conference here .

Australian Academy of Law, Australian Law Journal and the AIJA – Joint Conference
As a reminder for your diary, on 8 – 10 September 2023 we are holding a 2½ day joint event with the Australian Law Journal (ALJ) and the Australian Academy of Law. The conference marks some important national legal bicentenaries, including the Third Charter of Justice promulgated on 13 October 1823 establishing the Supreme Court for New South Wales and, for Tasmania, the first sitting of the Supreme Court of Van Diemen’s Land on 10 May 1824. We thank Justice François Kunc for this initiative and acknowledge the work of the committee, which includes AIJA representative, Justice Steven Rares.